A March 2021 cross-platform study performed in Australia and then duplicated in America to validate the findings, has determined that ads placed in both newsprint and their digital extensions perform better than social media and programmatic channels. However, print ads specifically had a much larger memory impact on readers.

According to ‘The Benchmark Series: The powerful impact of placement, ThinkNewsBrands’ study, mobile and desktop ads in news outlets delivered 1.7x the unprompted recall of a 6-second 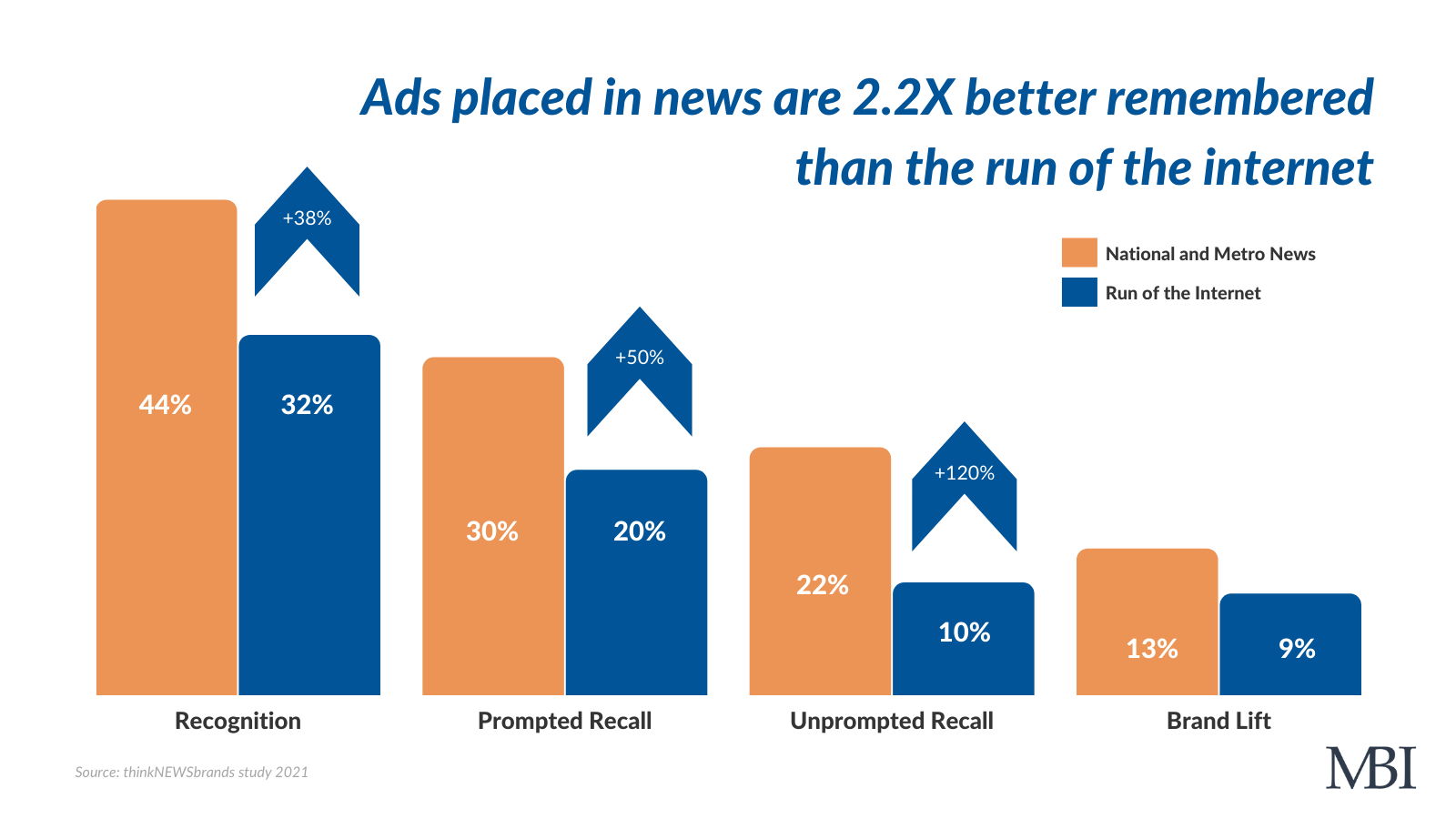 The largely unprompted recall by print is rooted in science. A Milward Brown conducted study using fMRI technology analyzed which areas of the brain lit up when people were shown physical versus digital ads.  When the physical ad was presented to a participant, it lit up the right retrosplenial cortex—the part of the brain involved in the processing of emotionally powerful stimuli and memory.

Moreover, the act of physically picking up a printed piece also activates the cerebellum, which is associated with spatial and emotional processing.

However, it’s not the physical aspect alone that drives the news platforms’ performance. Even when comparing digital news environments to programmatic, the digital news sites provided the advertiser with 38% larger recognition, 33% larger prompted recall and an amazing 136% larger unprompted 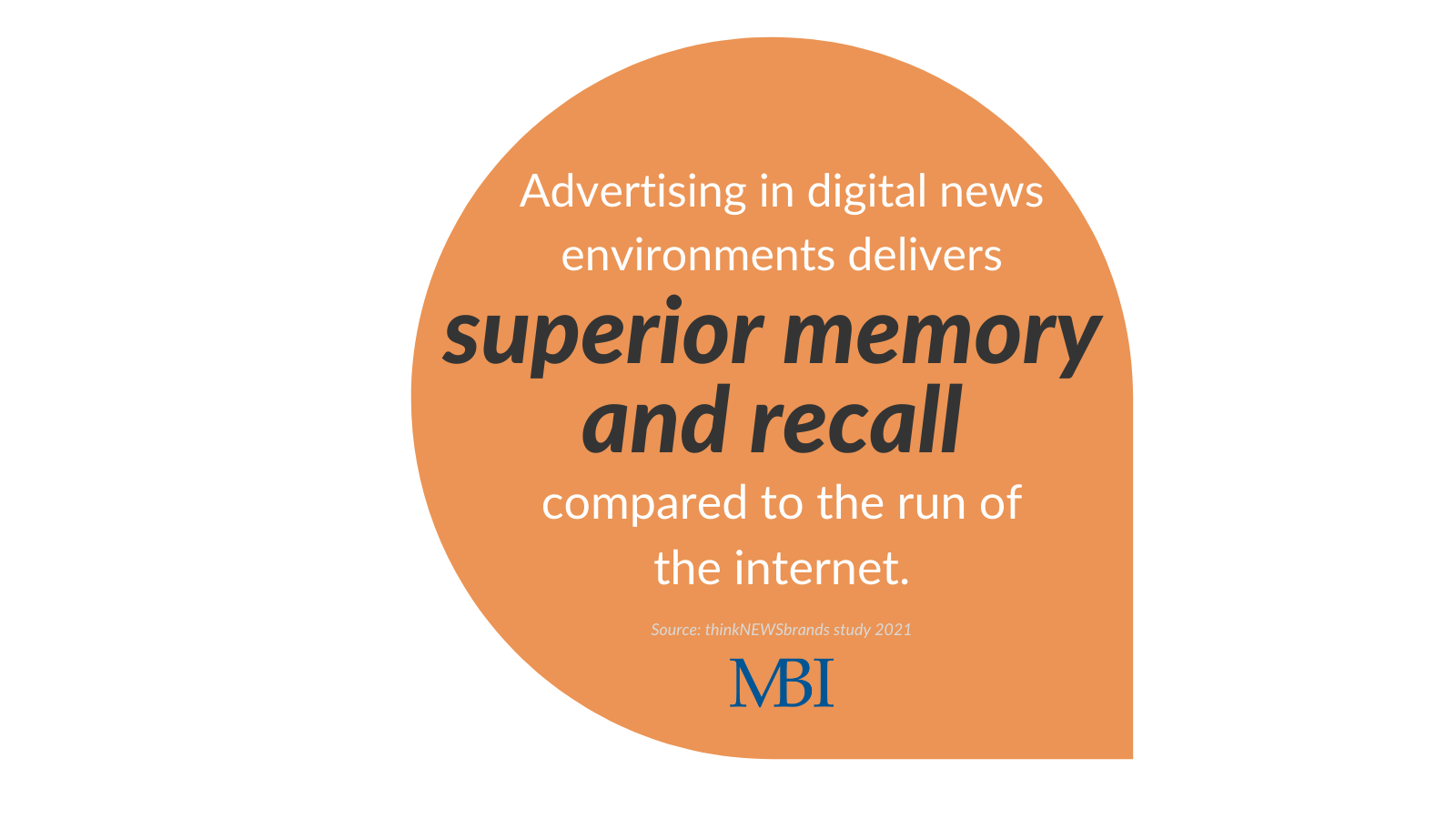 News outlets also proved most effective for short-term ROI with 10% stronger sales growth than social media— according to the March 2021 study.

While an omni-channel approach usually provides advertisers with a stronger ROI rather than just utilizing one single medium, the March 2021 study has shown that newsprint and their digital extensions are a stronger performer in comparison to paid social media and run-of-internet. The study encourages advertisers to highly consider these facts while media planning. MBI has a dedicated print planning and buying staff working on a daily basis with hyper-local and national publications. Our  team can assist with retail, direct response and awareness campaigns utilizing bespoke industry-leading planning and pricing.

How MBI Can Help

For questions, considerations or to learn more about the benefits of Print Media, contact us today!